Why Choose Unity 3D for Your Next Game Development Project? 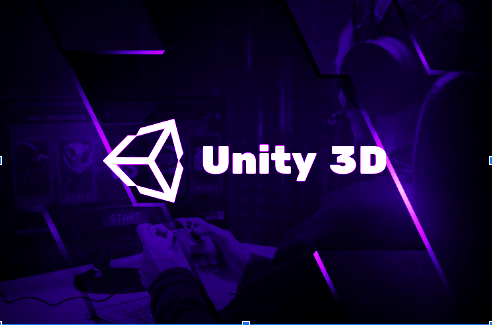 Making a great choice for a game engine is crucial to the creation of mobile games. The feature-rich Unity 3D engine makes it easier to create games for many platforms that work on a variety of devices. Numerous resources are offered by the game engine, including immediate assets, an IDE, online community support, free tutorials, and user-friendly tools. Unity 3D has gained popularity among developers looking to create outstanding, simple, and economical 2D and 3D game ideas as a result of its strong feature set. Let's briefly review this high-quality game engine before talking about the reasons for adopting it.

One of the top gaming engines is Unity, which was created and released by Unity Technologies. It is quite simple to use if you are a game creator. Unity has created a sizable fan base that is in part responsible for the engine's success because of its enticing appearance.

Developers don't have to transition between platforms when using Unity. Unity does, after all, offer the ease of programming game commands. In short, this game engine lets you create high-end and fast games

Here is some statistical information about Unity:

To explain why Unity is well-known in the gaming industry, here are the key perks of this game engine discussed below:

Utilizing Unity is easier than using other technologies. When applied, other problematic technologies become more difficult.

Multiple Operating Systems, including Steam, iOS, PCs, Macs, Android, and consoles, are compatible with Unity. As a result, Unity allows you to swiftly create a variety of games for various platforms and create several game levels.

Every game level has some crucial elements, and Unity lets you transfer them to the subsequent level to enhance the experience.

The best thing about Unity is that there are a tonne of lessons and training videos online for any learner. Even simple and compact games can be created using Unity with enough practise.

4. The Rich Asset Store is accessible.

A vast variety of textures, pre-made 3D models, original animations, sounds, programming languages, and object modelling, such as a picturesque backdrop, a well-known character, a building, etc., are available to game creators through the Unity Asset Store.

Developers don't need to create these assets themselves because they may readily buy them.

The Unity engine is used to create some of the most well-liked multiplayer games. Numerous features provided by the platform enable developers to create top-tier games for online gamers. The entire game production process is enjoyable and easy thanks to Unity 3D.

Despite being predominantly utilised for 3D game production, Unity has tools for making 2D games as well. The most recent version of Unity has a built-in 2D engine and a wealth of assets to make it easier for developers to create 2D games.

Additionally, this edition enables programmers to produce 2D games for a variety of gadgets, including gaming consoles, computers, and smartphones.

From the developer team at Unity, assistance is always available. Unity programming is currently used by more than 2.5 million developers, and usage is rapidly rising. It is straightforward and effective to let the development team know whether the client approves or disapproves of something.

Both the free and paid versions of Unity come with many features. You can choose the free edition to get the key features highlighted. Additionally, the pro version's features, such as feature playback, 3D composition booster, sound channel, etc., can be used to create high-end games.

You can use the free version to implement your ideas if you're a beginning developer. But pick the pro-business plan if you want more features.

Unity is renowned for its top-notch, cutting-edge graphics. The game engine offers a wide range of engaging tools and rendering technology that is extremely adaptable to support the creation of beautiful games. Developers may create fluid, realistic item motions in 3D games as well.

To use the Unity game engine, you don't need any coding expertise or experience. Beginners who want to start game creation as a hobby or job can do it with Unity. Even though it employs Boo, JavaScript, and C#, you can still create games without writing any code.

With Unity, changing and debugging are easier and more practical. After all, when playing the game, you may see every game variable. Unity is exceptional because it aids in process runtime debugging for developers.

What are the Limitations of Unity Game Engine?

1. No Link to External Code Libraries

Unity does not support links to external libraries of source code. For industry programmers, it is depressing and unexpected. If you want to use a library, you have to actively add it to the project rather than just connecting to a shared folder.

Due to the limitations of one folder holding libraries, it is difficult to use the activities of numerous projects. Unity doesn't have a simple fix for this issue, but version control techniques logically outweigh this inconvenience.

For the finest feature enhancements, deployment, and visuals, developers must obtain licences. These licences are incredibly pricey.

The Unity engine causes games to use unreasonably more RAM. Debugging issues and OOM faults in the apps are finally made easier.

Although Unity has a search feature for connected scripts, it might not be the only one. To find related scripts, you frequently have to manually go through every element in a scenario. But you must refrain from doing this time-consuming task.

How Can Twilight Help You with Game Development?

Twilight specializes in creating Unity 3D-based mobile games for a number of businesses. We are able to maximize our levels of experience and talents in game development, artwork, level design, creative jobs, testing, and production thanks to our team of qualified graphic designers, developers, testers, and modelers.

Do you intend to contract out the creation of Unity games? The benefits of hiring a business like ours to develop your Unity game are numerous. Our game software can assist your organization in expanding if it is just getting started. You don't need to endanger your business or deplete your resources.

Contacting us is preferable because we have all the necessary equipment, experience, and knowledge to complete the job. Our company has built many games utilizing Unity during the many years we have been in the mobile game development industry. Therefore, Twilight can be a good choice for you if you want to create a game with Unity as effectively as possible.

The majority of game production businesses believe Unity Game Engine to be the finest platform, despite some limitations. The same is explained by the above-discussed benefits.

Is Unity a good engine for 3D games?

Unity 3D is the most popular game engine in the market because it works across multiple platforms and is highly user-friendly to both beginners and experts. It allows users to build 2D and 3D games, as well as a variety of other benefits for gamers all around the world.

Can I build game in Unity without coding?

Yes, you don’t require coding experience to build a game using the Unity game engine. Unity uses Boo, JavaScript, and C#, but you can create a game without code writing.

We use cookies to provide you a better user experience.